The saddest thing about being normal is that you will never get to know how awesome/amazingly crazy you can be. This is what Safari ya Nyegezi was all about. Going on all extremes from operating on few hours of sleep to lying under the night sky and laughing our hearts out and later on asking what exactly that was about.

After checking out of Isamilo lodge, if you haven’t read that post then si you pause first and read Bismarck Rocks + Isamilo Lodge We drive to outskirts of Mwanza city because you could tell by how many tall buildings that could be spotted on your way to Wag hill and also the road we used. That’s how we know we are in a city right? If not I already told you I’m a small town girl and where I come from, that’s how we know cities are.

That short drive through a rough road, slightly sloppy covered by short green bushes and hills on the side led us to Wag Hill Resort. It looks simple from the entrance but harbors lots of surprises once you go in. Remember how we are always told not to be fast to show people what we’ve got? No one said this I am just trying to force things here you get the drift? Wag hill took that advice seriously by the way and she therefore hid everything and for you to see what she has you had to take time and uncover her gems. 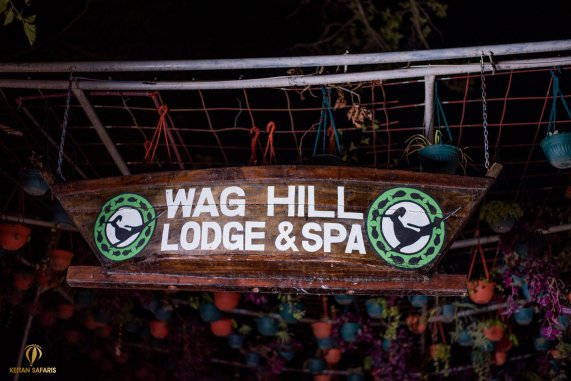 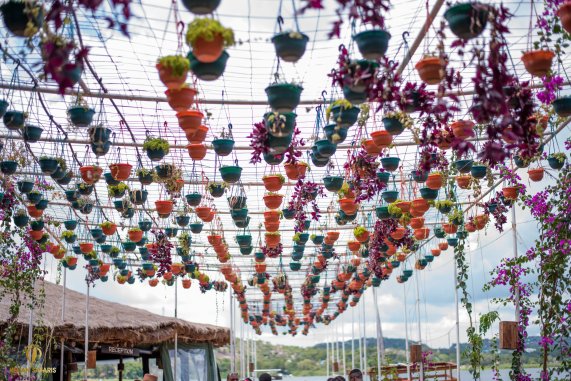 On arrival we are given a very warm welcome by a guy I missed his name and sadly I didn’t see him again to actually get his name right. He’s all smiles and goes ahead to tell us how beautiful the place is and leaves it up to us to discover the rest. This place is a hub of so many activities from paint balling, fishing, cycling on the beautiful terrain, horse riding, boat riding and during which you can do a sunset cruise and have a time of your life especially if you love such views. Also you can decide to do a brief hike through beautiful stones that have mastered the art of defying gravity and eventually end up at Maasai boma. 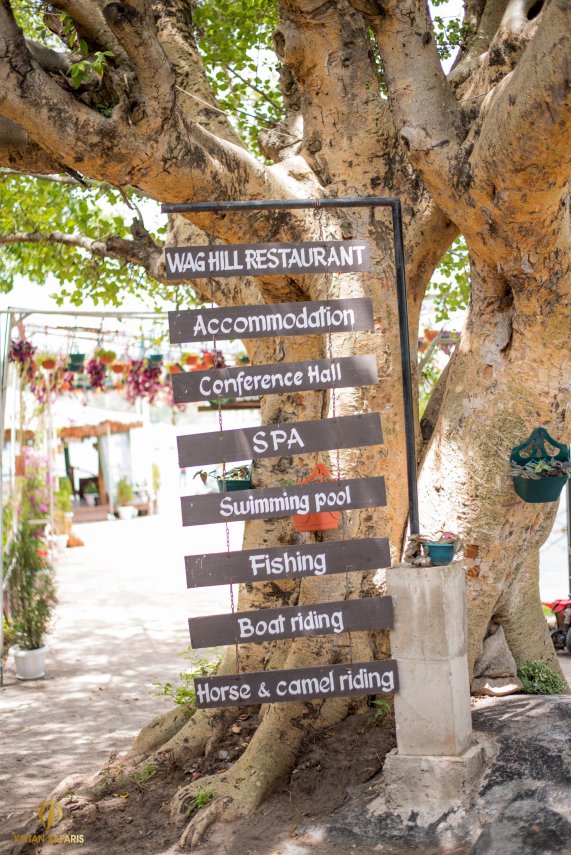 At first when we were told we would eventually end up at the Maasai boma, I imagined of a place probably a historical site that once hosted Maasai’s. To my surprise they live there and for them that has been, is and will always be home. Their life revolves around that place. As much as it was a simple structure for us, for them it was more than that. They cook, eat sleep and when they have visitors like on this particular day they entertain their guests. I don’t know if it’s only me but I get so amazed when someone does what they love passionately giving it their all. It was a beautiful performance and we ended up joining and we had a test of what they were doing and even discovering that jumping like they always do is an extreme sport especially if you are unfit. I walk down Maasai Boma much happier than I came. We are all left in awe with some of us asking different questions we didn’t have answers to but then there is always something to learn right?

Lunch is served at the restaurant with a perfect view of the lake. We got a chance to taste the famous Tanzanian delicacy Chips Mayai and later enjoyed most of the activities at Wag hill as we captured memories. Then there were those who decided to just sit and have a chance to have conversations with each other as we laughed our hearts out. Honestly I live for moments where you are with friends, having genuine conversations and having that one laugh that probably you have longed for could be since forever.

The sun was finally retiring and this moment right here was one that I had waited for simply because we were to go on a sunset cruise. Just so you know,this was another reason why I booked this particular trip. There is a part of me that gets excited when the sky is in different colors and this cruise was a must for me however much I fear water bodies. Just so you know I was among the first people on that boat just so as to get a perfect spot and be able to take in the beauty of her majesty as she disappeared into the lake leaving us with a dark sky and her beautiful scent to take in. For me this was it and even if we were to be told to start our journey back, I would definitely come back very contented. Wag hill is very beautiful and the beauty is enhanced at night. If you are a photographer try this little miss she won’t disappoint you since she has her poses at the back of her hand. We dock and you can tell from the murmurs that it was really worth it.Dinner is served still at the same spot we had lunch and having been a long day you could tell we were ready to leave and taste the lasts of Mwanza. 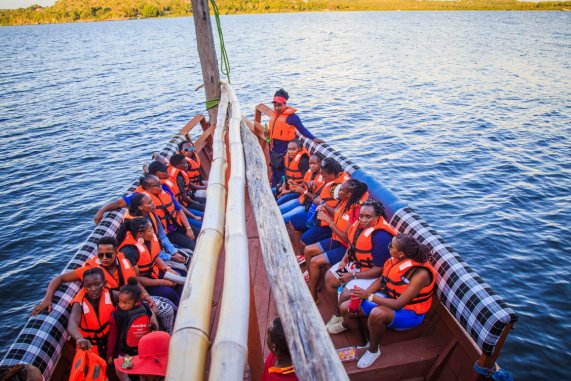 After a long short drive we drive into Malaika Beach resort and since it was at night you could barely see much but then all we knew was that it was yet another night to hopefully discover something interesting. We check into our rooms and yet again I was really amazed by this beauty. The rooms were spacious, way spacious than some Nairobi bedsitters he he. The usual suspects meet one last time to perform rituals and hopefully get a goodbye hug from Mwanza and silently hope that what they had strived to build during the last few days would somehow last. More people joined us this time and we all departed for Rock Bottom which was not very far from Galaxy but in the spirit of sampling we opted otherwise. Truth be told this was an interesting night for all over us and even us the rest of us went to sleep we night owls still went on. This night ends and we have a stopover somewhere along the way. What’s more awesome than feasting on chips kuku at five in the morning? I bet you can’t think of anything because that is life. 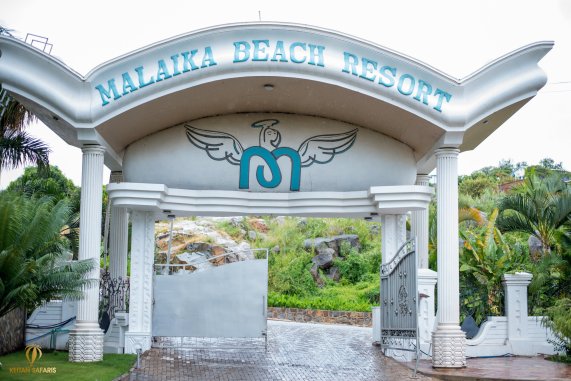 I wake up thinking it’s still early reason why, I don’t know. It was raining and since this crew was full of crazy people, some opted to swim. For me that was a no go zone despite how inviting the pool was. Just saw you know this is one of the most beautiful infinity pools I have seen so far. How she hugs the lake was a sight to behold. Also the views of the lake while at the infinity pool is priceless. 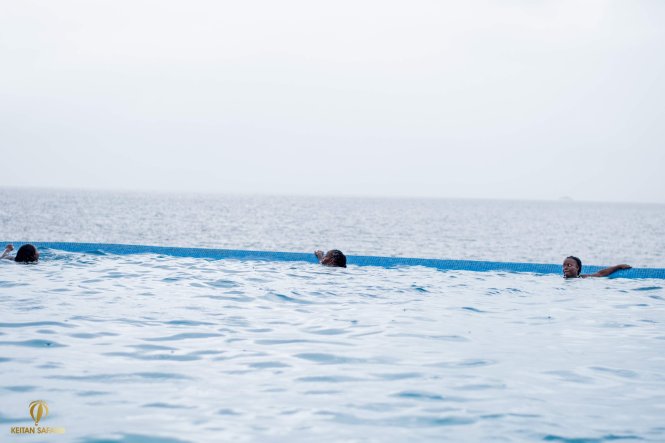 I head for breakfast and ladies and gentlemen boys and girls, I get confused by what I see. Growing up I hadn’t imagined that a day will come when yours truly would have a champagne breakfast. You heard it right it was a champagne breakfast at Malaika beach as we watched the rain hitting the glass windows with a lot of furry hoping we would care but not this time champagne had our attention. I am sitted wondering what really beats that moment there and I couldn’t think of anything.

Being the last day we had a very brief time at Malaika beach. Despite that rainy morning we still got a chance to walk along the beach and even make silent and loud wishes because truth be told Mwanza had been good to us and if we had a chance to spend an extra night we wouldn’t think twice. 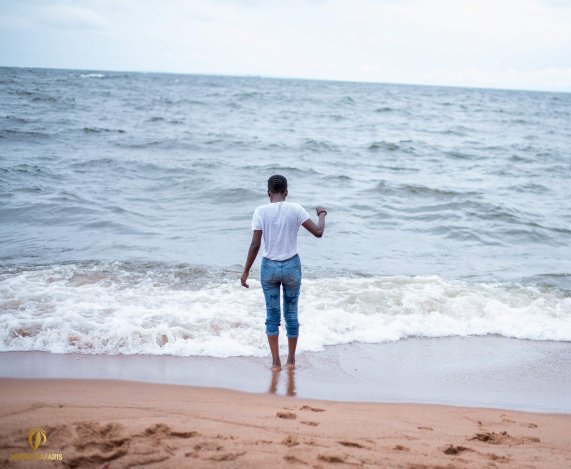 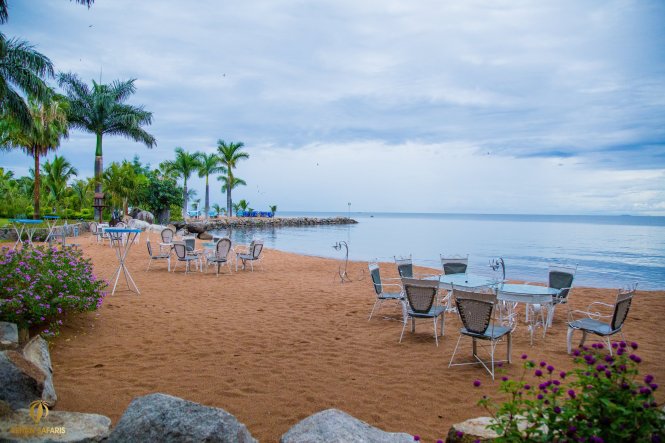 It’s finally time to depart and like always goodbyes are the hardest at least for me that I am sure and given the moments shared it was even harder. We leave hoping to one day return and complete all our unfinished businesses and if possible spend more nights. The journey back was rather silent since that is when reality dawned on us that hadn’t slept the whole weekend that it was a wrap. That silence was filled with so many things from thoughts that wandered to hearts wishing they could remain, but then when duty calls we have to obey. If only that silence could be voiced, we would have one of the best stories ever.

We get to the boarder just in time for clearance and by 10pm we were done and started our journey back to Nairobi. This was the hardest part for me honestly and for a moment I wished I could teleport and get this journey over with. It’s way silent than it was few days ago probably reality was just settling in and some needed to digest what they had seen. This is the point I say that when traveling to Mwanza, all you need is a passport and a yellow fever vaccine. You can get a temporary one on e-citizen website for Ksh 300. Also while clearing just make sure you clear on both Kenyan and Tanzanian side. If you don’t you might end up getting arrested or even not getting to your destination. Several hours later we arrive in Nairobi obviously not the same way we left the previous day.

It was a beautiful trip and you could tell because a week after this trip was long gone, no one had left that group. I think when you spend like 16 plus hours with the same people, you guys develop some sort of silent bond and leaving becomes a problem. Could be that you silently feel attached. Special thanks to everyone who showed up for Safari ya Nyegezi, you guys are awesome and I hope I get to see you again soon, Mercy thank you for being an awesome roommate and team kurogwa I won’t say much.

Thank you so much Keitan Safaris for this thrilling adventure keep doing what you do.

Till next time, I hope you find something exciting.

Phenny Odera is a Comms specialist, seasoned traveller and a hobbyist writer. I'm a wanderlust, I want to travel the world and see everything it has to offer... and share the experience with you here (fingers crossed, hope you enjoy it).